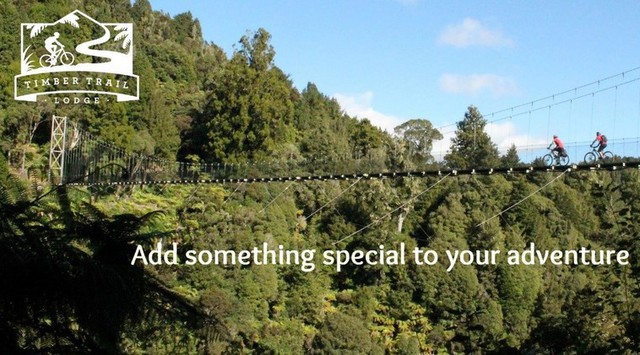 Dave is often asked to carry out market demand or feasibility studies for trail and cycleway projects in New Zealand. This experience has seen Dave asked to review walking trails and tourism routes in other parts of the world, including Papua New Guinea (Kokoda Trail Project Development), Fiji (including product development of the Vidawa Forest Trek, Lavena Coastal Walk and Lodge Batilamu Trek), Australia (an iconic multi-day walk in the Kimberley region) and Montenegro. Most recently he has completed a demand analysis and options paper for the management of visitor numbers on the Tongariro Alpine Crossing on behalf of the Department of Conservation.

Dave has undertaken assessments of recreation and tourism resource feasibility studies for nature and adventure tourism projects, as well as planning and developing business cases for new recreational developments. He has an extensive understanding of the cycle sector including road tourism and off road cycling.

An example is The Timber Trail, a two-day mountain bike ride in an economically depressed region of New Zealand.

The Department of Conservation’s concept of an 85km cycle trail through Pureora Forest Park was agreed to in 2010. The trail starts in the old forestry village of Pureora and heads south along disused logging roads through huge mature forests to the farmland and village of Ongarue. The trail is grade 2-3 and is in the remote Pureora Forest Park. New bridges and basic facilities such as toilets and signage were constructed. Total cost was NZ$5 million.

The business case for the trail estimated 4,000 overnight visitors and 3,000 day visitors by Year 5, with a caveat that accommodation was provided at the midway point.

The trail opened in March 2013 and within a year 3,000 cyclists were using it, many, due to a lack of accommodation, riding it in a day. The trail immediately received excellent reviews as the best 1-2 day remote mountain bike Great Ride in New Zealand. 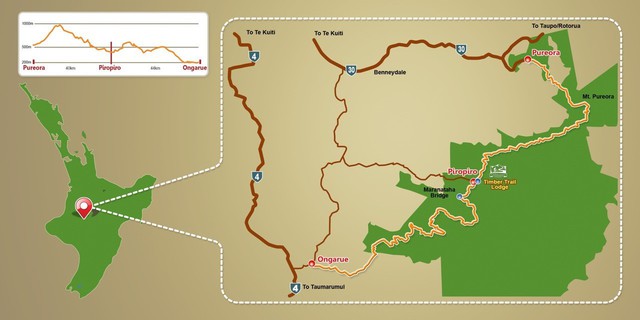 The constraint to growth in the markets was accommodation on the trail. Whilst accommodation at the start and end of the trail was developed from old forestry houses, and camping was available along the way, it took time for the private sector to commit to building a lodge. In early 2017, a 50 bed, dedicated trail lodge (the Timber Trail Lodge, www.timbertraillodge.co.nz) was opened. Stage One of 10 rooms with shared facilities was followed by 10 ensuite rooms and a licensed restaurant and dedicated cycle touring facilities. The lodge was initiated by local investors who received some financial assistance from a Ministry of Business, Innovation and Employment private sector support programme, the now abandoned Tourism Growth Partnership Fund. The total Lodge build cost NZ$3.5 million, with the NZ Government grant contributing a third.

The development complements a range of local transport and bike hire providers. There are now four significant providers, in four separate areas surrounding the trail. There has been the rejuvenation of the villages at the start and finish of the trail with the development of cafes and accommodation. A proposed serviced camping operation is consented and due to open in the 2018-19 season.

The users of the trail were initially hard-core mountain bikers from the main North Island cities (Wellington, 6 hours away, Auckland 4 hours) who would do the trip in a day. This market stimulated the growth of the transport providers. The providers also offered transport from the trail at the half-way point to nearby accommodation and this grew the market for a two-day option with accommodation.

The market shifted and expanded to include the older (60-70-year-olds) and family groups. The markets now predominately come from throughout New Zealand. There are now strong emerging markets from Australia and Europe. Specialised bike tour operators are making their presence felt. The current 10% overseas market share is likely to move to over 25% within the next 5 years.

The customer profile for the Timber Trail Lodge is more varied than predicted. The assumption the markets would be virtually all cyclists was wrong. The increase in Timber Trail walkers has opened up the walking market. Small group company retreats and social groups are a strong emerging market for the lodge.

From over 3,000 visitors in the trail’s first year, growth has been solid for the first five years with now over 6,000 2-day riders and another 1,000+ day riders. Early market predictions for 2-day riders are up by 50%. The trail is now regarded as the top 2-day mountain bike ride in New Zealand. In the last two years, the Timber Trail has been incorporated into a major mountain bike event from the top of NZ to the bottom, the Tour of Aotearoa, and it has also been incorporated into the Te Araroa Trail, a 3,000 km walk the length of New Zealand.

The impact of the trail for the local region has been regarded, both nationally and internationally, as a very successful part of the regional economic development programme.